Nothing reminds a person of the sun and beach more than Fun Facts about Surfboards. There is hardly a beach in the world where that is not at least one surfer is in the water unless the waves are just non-existent.

The surfboard is an iconic object that has been around for thousands of years. There is some debate about just who developed it and where. The Peruvians of South America claim their fishermen used surfboards over 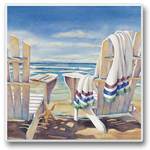 4,000 years ago to get the catch of the day and feed their families. The Polynesians claim the surfboards were used to help populate the many islands in the Pacific. What is known is that Hawaiians have been using surfboards for over 1,000 years.

Captain Cook of the HMS Endeavour is credited with bringing the surfboard to Europe and the rest of the world. He noticed them in his travels of the Pacific in 1779. Unfortunately the Europeans that traveled to Hawaii thought poorly of surfing and it was banned in the islands for many years.

The surfboard has developed over centuries. At first they were just planks of wood. The shape was whatever the person riding it wanted, they had no fins and could be up to 15 feet long. This made them extremely hard to control. In 1937 a teenage cut a V shape on the rear of his board and the modern surfboard was created.

Several different milestones in surfing include the introduction of surfing to Australia in 1915 by the Hawaiian Duke Kahanamoku and 1926 when Tom Blake became the first to surf Malibu Beach.

Today there are two different types of surfboards. There is the long board which is from 9” to 16” in length. The short boards are generally just as long as the surfer is tall, usually less than 6”.

Some say surfing is not a profession but in 2009 Kelly Slater earned $3 million. University of Plymouth is also offering Surfing as a degree.

With surfing comes a lifestyle and its own language. The term "hang ten" is used when a surfer places all ten of his toes at the front of the surfboard while riding a wave. Due to the need for extremely good balance, most surfers can not accomplish this maneuver. A "hodad" is a beginning surfer who generally gets in the way of more experienced surfers.

For surfers the average wave is from 1 foot to 30 feet. The largest recoded wave was generated by a tsunami back in the Lituya Bay, Alaska in 1958. It was over 1,700 feet tall. In 2011 a 78 foot wave was surfed by Andrew Cotton off the coast of Portugal.

Surfboards and surfing are part of the beach seen but there are rare occurrences where surfing can be done in the open sea like off the coast of California, but they are extremely rare. For most of us we just like watching those daredevils of the ocean compete against the might of the eternally coming waves.