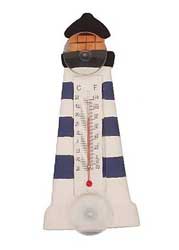 If we break the term “Light house” down to it's original meaning, it is defines as a light source on land that is near the seashore. Sailors have used these light sources for thousands of years to safely guide them along dangerous shorelines and to avoid wrecking their ships in shallow waters. It is suspected that the first were landmarks like active volcanoes. Sailors could see the lava day or night and know to avoid that area.

The very first man made lighthouse, the Pharos, is considered one of the ancient 7 wonders of the world. This stood 450 feet high and was built in Alexandria, Egypt. Construction on it began in around 300 BC. It took over twenty years to complete. Over time earthquakes along with invading armies weakened the lighthouse until finally, in the 1300’s an earthquake destroyed the tower and its light completely. It remained operational for 1500 years and saved countless lives and ships.

Today the oldest lighthouse is in the La Coruna on the coast of Spain. It was built in 20 BC. The oldest American lighthouse was built on an island off the coast of Boston in 1716. It was destroyed by the British during the revolution.

The longest lasting and functioning lighthouse in America is in Sandy Hook, New Jersey. It turned its light on in 1764 and has guided sailors ever since. One of the most famous lighthouses, the Statue of Liberty on Ellis Island, still stands but is no longer in service. It was in service for only the first 15 years of its existence, beginning in 1886. It was also the first light house to use electricity to produce its light. All other lighthouses in this time used dirty fuels like whale oil, wood, coal, bales of oakum, rows of candles and kerosene lanterns.

The tallest light house in the world for the latter part of the 20th century, the Yokohama Marine Tower, stands in Japan. It has an observation deck that visitors are allowed onto. It is about 348 feet tall. Originally it flashed red and green lights but today only sends out a white light. It was built back in 1961. The largest lighthouse today is in the port city of Jeddah in Saudi Arabia. It stands 436 feet tall and its light can be seen 25 miles off the shore in the Red Sea. The tallest lighthouse in North America is on Lake Erie. It stands 351 feet tall.

The first lighthouse built on the west coast of America was on Alcatraz. It went into service in 1854.

Before electricity, light sources were not very powerful. In 1823 the Fresnel Lens was developed that increased the distant in which light would travel out to sea. The first one could be see 20 miles out and was placed in the Cordouan Lighthouse on the coast of France. This lens, which was very expensive, was not used in America until the 1850’s.

Lighthouses around the world stand as a monument of safety for those that travel the seas. While many tourists like their appearance, they truly are the most wonderful sight to a sailor stuck in fog near a jagged coast line.

Back to the Articles menu page