Fun Facts about the Red Snapper 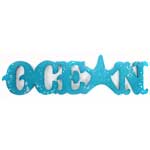 Fun Facts about the Red Snapper


Red snappers are considered one of the top predators in the Gulf of Mexico. They also live off the coast on the eastern seaboard of the Americas.

The red snapper got its name from the red appearance of its skin and scales along with red eyes. They have pointed rear fins and their heads are shaped like a triangle. The protruding lower jaw is helpful for catching prey.

When they are born the red snapper is only 1/16” long. In the first 20 days they grow very rapidly which helps them to survive. Their growth rate slows to around 4 inches a year for the next 6 years. Once fully mature they can reach a length of 40” and weigh up to 50 pounds. They live long lives, up to 50 years in the wild.

The younger red snappers live in the shallow waters just off the coast. Once they reach breeding size, about 2 to 4 years old, they go into deeper waters. Most can be found living near the bottom of the ocean at depths from 300 to 600 feet near reefs or other underwater structures like oil rigs. This fish is a carnivore. Once it matures, it eats bottom dwellers like crabs, pipe-fish, bottom worms, eels and shrimp. In their youth the young red snappers eat micro plankton and other smaller creatures in the shallow waters.

When it comes time to spawn, most of the red snappers leave the reef, returning to shallow waters. They lay their eggs in the water. The eggs float to the surface were the red snappers hatch in about 24 hours. This occurs from the late spring to early summer months. The baby red snappers live on or near the surface for the first 20 days of their lives until they are physically able to be buoyant, can manage swimming in the ocean currents on their own, and are able to swim and stay on the bottom of the ocean floor. See our picture of an Ocean Sign above.

The red snapper is considered a white fish and is one of the most sought after by restaurants and chefs. They have a nutty flavor and can be prepared in a wide variety of ways. The meat is very high in protein and is low in sodium and saturated fats.

The red snapper is a distinctive looking fish that is generally the most abundant type near coral reefs and ship wrecks in the Gulf of Mexico. Because of it popularity, it has been over fished for years and stocks in the wild are decreasing. The Sustainable Fisheries Act of 1996 has established quotas for the red snapper to ensure their survival in the wild.

Back to the Articles menu page